Yooka-Laylee is an all-new open-world platformer from genre veterans Playtonic! Explore huge, beautiful worlds, meet an unforgettable cast of characters and horde a vault-load of collectibles as buddy-duo Yooka and Laylee embark on an epic adventure to thwart corporate creep Capital B!
HK$ 234.00
Visit the Store Page
Most popular community and official content for the past week.  (?)
Any 3d platformers like this gem that fulfill my following requirements of a 3d platformer ?
I like 3D platformers , where - Their are enemies like goombas,etc Cartoony graphics like mario/a hat in time/yooka laylee and not human/realistic graphics BOSS FIGHTS - like in mario or a hat in time 3d platformers i own or i have on my steam wishlist ar...
24 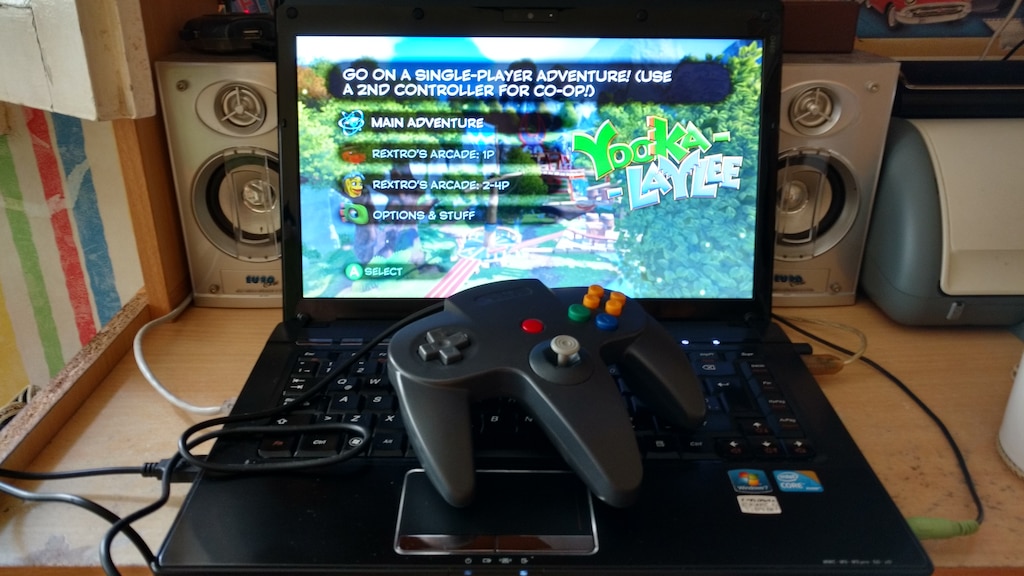 Pavo
View all guides
Crashed and wont load again. Any help?
I know. "Late to the party", but I just started playing this on stream the other day. I've reached the 5th area, and the game crashed. Now it won't load the game anymore. It loads the title screen, etc - but if I try to load my saved game - crashes everyt...
2

Keyboard + Mouse controls
For those of us who play on the PC using keyboard and mouse, Yooka-Laylee has no listed controller configurations and no way to change it to your liking for the time being. This guide is intended for those who don't want to spend money on a controller f...
36
46 ratings 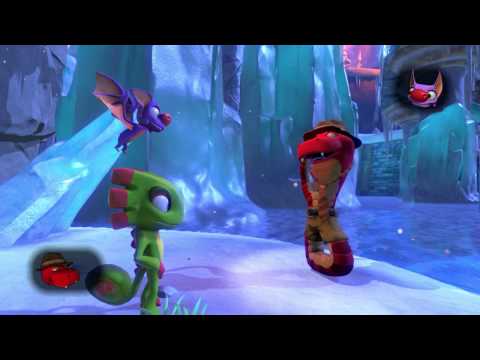 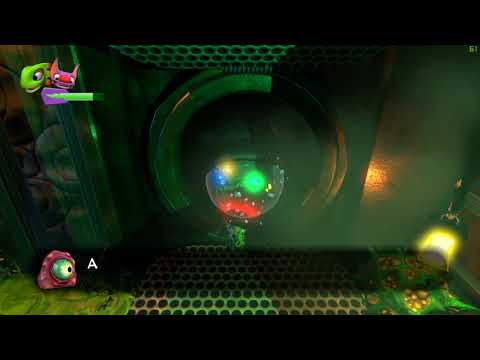 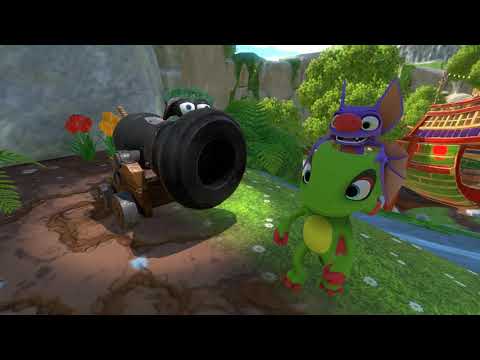 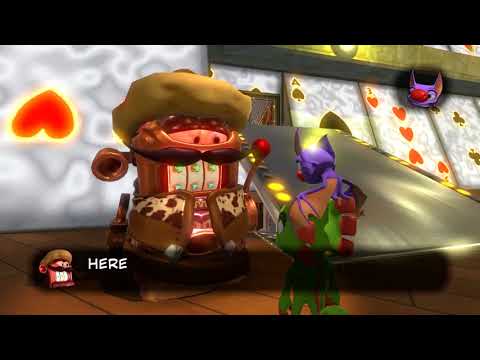 Yooka-Laylee: All Quiz Answers
Here is your little cheatsheet to all the answers for every quiz.
1

Not Recommended
2.0 hrs on record
In my ongoing and likely futile effort to write a Steam review for every game in my library (#168 out of 555)... it's time for Yooka-Laylee.

3D platformers on PC are rarer than diamonds. I tend to rate those that are here higher than I otherwise would, simply for want of competition. So with that in mind, when I say Yooka-Laylee isn't very good, I mean it: it really isn't very good. It's a mostly humorless collectathon featuring extremely bland level design marred by far more loading screens than you'd ever imagine, and just ultimately just feels... empty. The areas are very big, but there's nothing in them. You can really see why developer Playtonic Games decided to make the next game a 2D platformer, even though 2D platformers on PC are more common than carbon.
A developer has responded to this review

HURDLE HIJINX ISSUES CAN BE WORKED AROUND
This should pretty much solve any issues with not being able to switch lanes fast enough in Hurdle Hijinx.
2 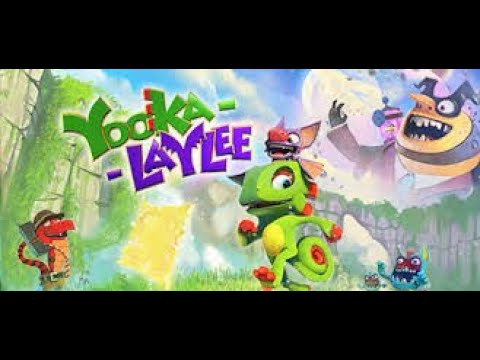 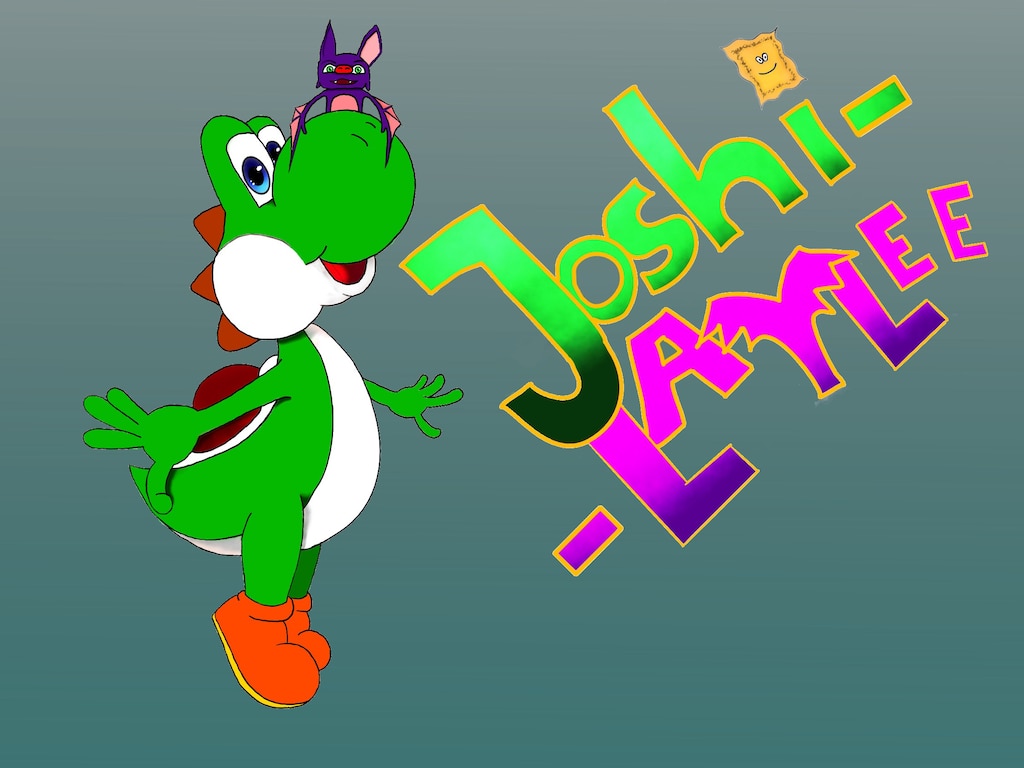 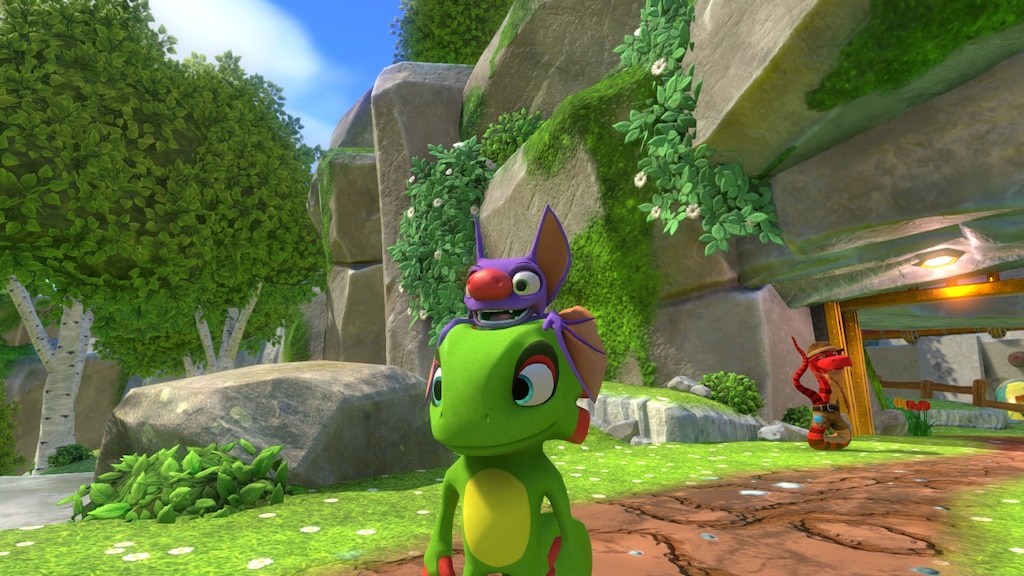 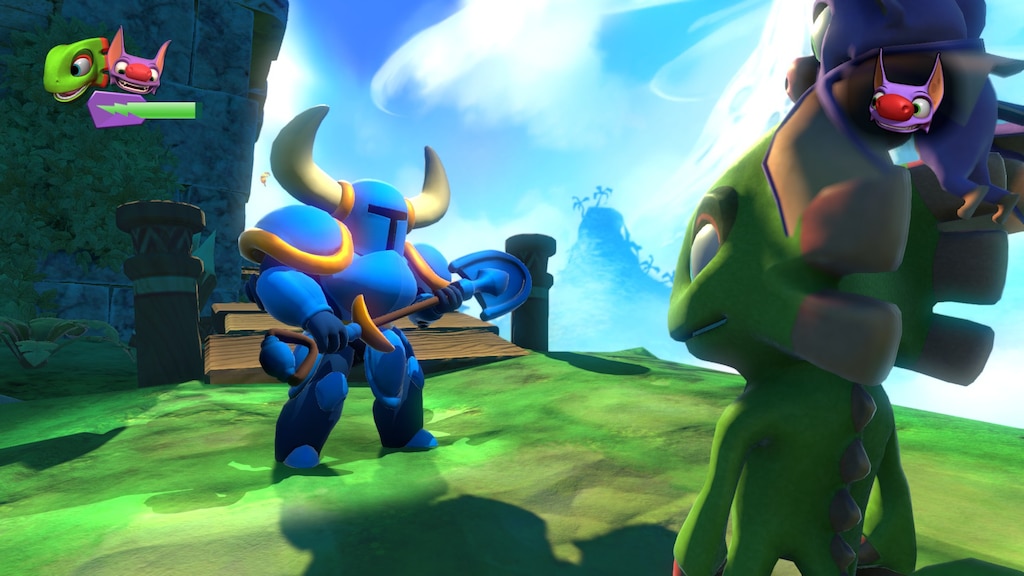 0
Ban
2
I hate Shovel Knight so much. 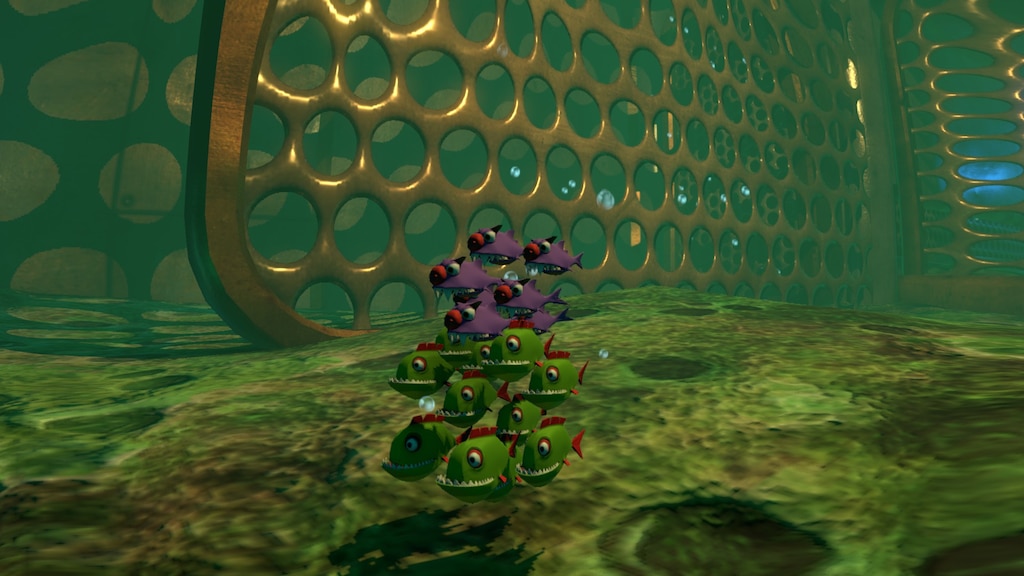 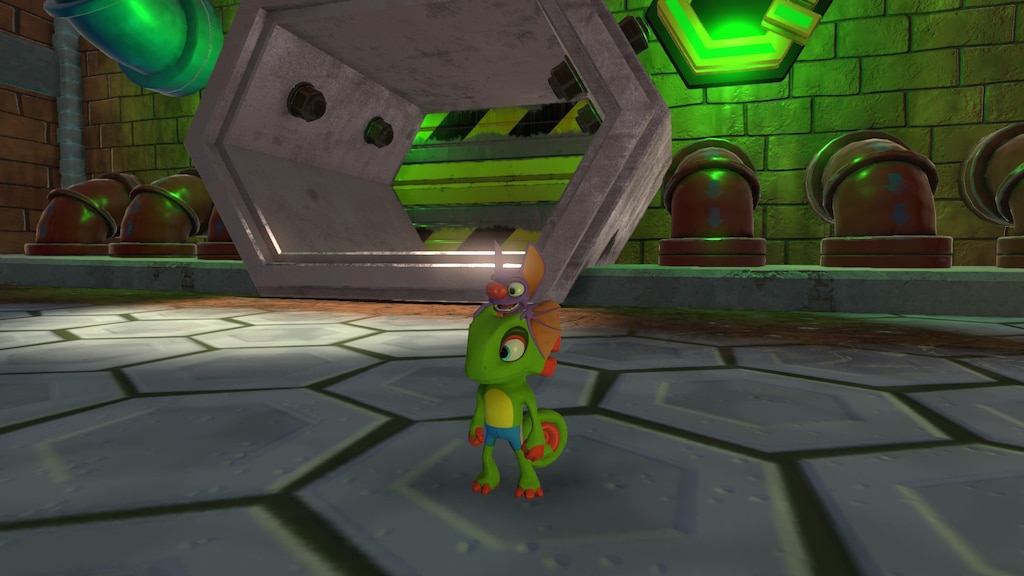 Alejodon
View screenshots
Tonics
So... I have always had trouble starting the game because I want my Talon Trot but rolling is rather limited early game. I've been reading other people having the problem with the game and that there is the ability to double bar and a tonic that makes rol...
1

amh7912
20 Feb @ 7:23pm
General Discussions
How many worlds / mission levels are there ?
If you dont understand what i said , i mean how many mission levels are there - like a hat in time has 4 worlds but inside those worlds there are about 6-7 levels each , and also like in mario 64 there are about 10 worlds but each world has about 8 missio...
8

Ananay
18 hours ago
General Discussions
Weird "voice acting"
Can someone explain to me why they went with grunts as "voice acting" instead of letting the characters speak their lines like us humans do? Was it really too much asked from Playtonic to give us an option to choose between the grunts or regular voice act...
81

Recommended
29.3 hrs on record
Yooka-Laylee is the love child of some of the key creators behind Banjo Kazooie\Banjo Tooie. A bunch of ex-devs from the golden age of Rare got together, and this was their result.

In this game you will find an immense amount of elements you came to love about the aforementioned classics. The music, the dialogue, the cast, etc.

A lot of this is great, especially if you grew up playing Banjo or other Rare platformers.

However there are some shortcomings with this title. There is basically five minion types throughout the entire game. One of which just gets a reskin each world, but remains with the same sounds and animations. The other four stay the exact same, throughout all the worlds. To most, this could get repetitive. What really bothers me, and a large portion of others, is some of the mechanics in this game used to space out playtime.

In every world, there is a pagie you can get from completing Kartos's challenge and that is done by collecting a certain amount of gems in said mine track run. The frustration comes from the movement. You're on a linear path, and can temporarily slow down, temporarily speed up, jump, and shoot. While your movement is constrained to the track, your shots are not. Frustration ensues when you need to shoot an enemy in front of you but your cart isn't fully facing it so the shot misses, even by a millimeter. The other half of the problem is that you can only speed up/slowdown for about half a second. If you mistime it, there is a cool down, and you will pay for not having it when you need it. If you don't adjust speed at times, you won't be able to complete the challenge. If you fall off the track, you start all over with dialogue. A better option would have been to allow infinite slow down/speed up, so the transition back to neutral speed is more predictable causing less frustration and repeating runs.

Rextro's games also give pagies. One for beating the game, the second for beating the leader board. The games are simple, they're different from world to world, and relatively easy. The problem is that some are so drawn out that it's really just added game time for the sake of game time. For instance, the final game requires you to get over 14000 score to top the leaderboard for the second pagie. By halfway through the game, the most inexperienced player could easily achiever over 14000, leaving a few more minutes of game time that you have to go through just to finish the challenge. The first arcade game required you to finish five laps in a cart race in 2 mins and 30 seconds. Even with shortcuts, power ups, and no mess ups, you still just barely make that. There is no dragging it out for the sake of game time. A better option would have been to keep this formula, pushing you to make best use of the mini-games resources and time to get the goal versus the later ones which just drag out.

My final issue with the game is how big the worlds get after expansion, only to feel extremely empty. Even the most basic collectibles, quills, are scattered and scarce. Banjo's equivalent, The music note, are direct paths that guide you throughout the world, which already in and of itself was very full and alive.

Other than that, the game is great and I did enjoy it. Being able to overlook these issues, or even consider them issues really depends on you as a person and what you're into/what you think.

I do hope they come out with a sequel to this since impossible lair did pretty well.