No Man's Sky is a game about exploration and survival in an infinite procedurally generated universe.
-50%
HK$ 468.00
HK$ 234.00
Visit the Store Page
Most popular community and official content for the past week.  (?)
No Man's Sky Living Ship Update
19 Feb
Hello!

2019 was an important year for No Man’s Sky. It was the year we brought the entire game into VR and much expanded multiplayer in the free BEYOND[www.nomanssky.com] update. Everyone who owned the game was overnight able to play the entire game in virtual reality and it has been extremely cool to see VR and non-VR players joining up in the Nexus to explore, embark on missions and build bases together.

<trailer>
The Living Ship update introduces the first new starship since ATLAS RISES[www.nomanssky.com]. But this is more than just a ship - these are strange and beautiful creatures with lives of their own. A new series of missions will take players through the ancient Korvax experiments that led to the birth of these interstellar beings. Players who wish to incubate, grow and ultimately fly their own living ship should visit the Space Anomaly and follow the call of the Void Egg... 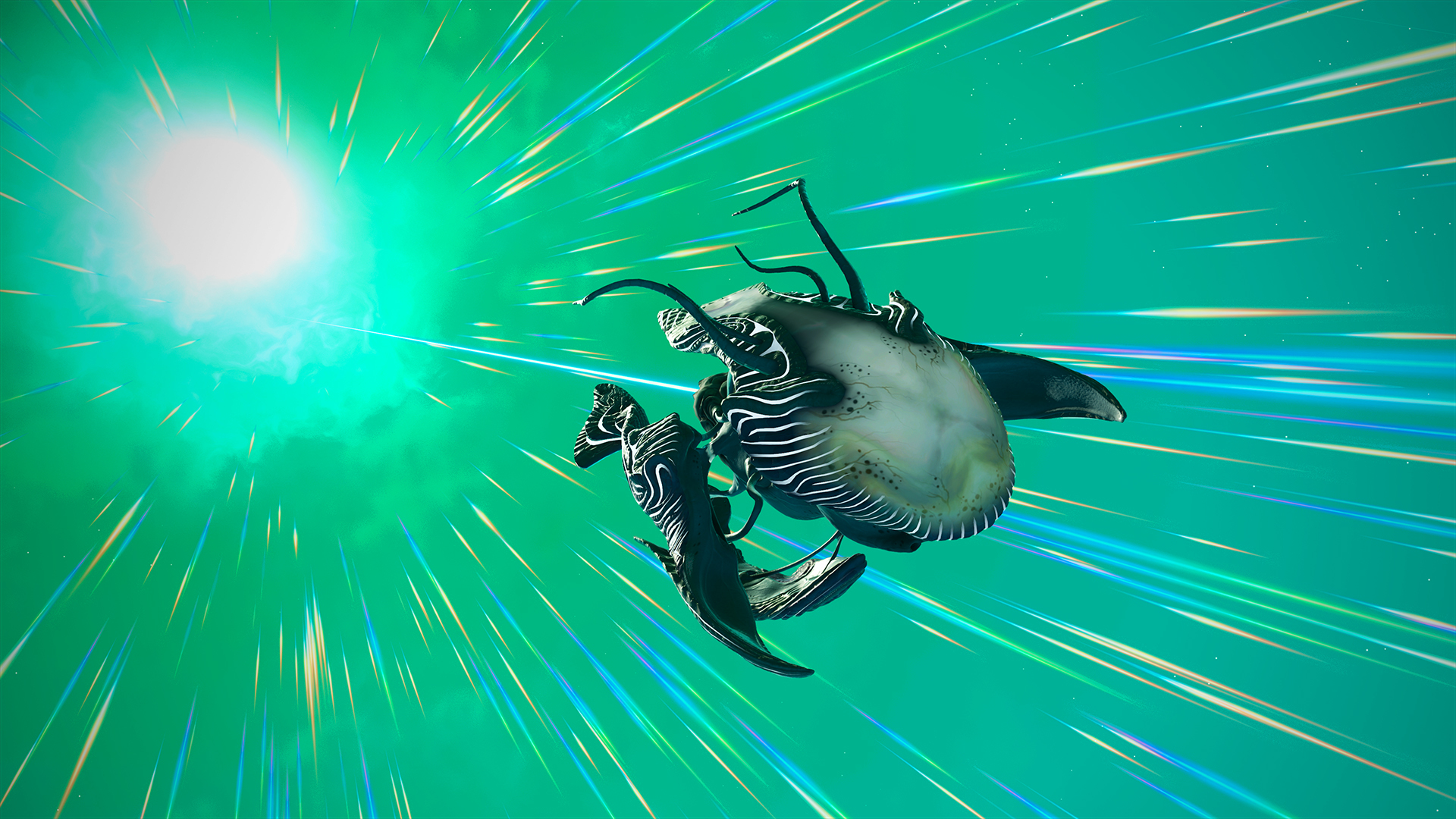 These beautiful, organic, slightly psychedelic ships are uniquely grown (and as with everything in the No Man’s Sky universe, procedurally-generated). They can't be upgraded in the same way as a traditional ship: each one is individually hatched, with a unique set of internal organs that determines its abilities. If you want a fast hyperdrive, you’ll need to nurture the right sort of life within your ship... 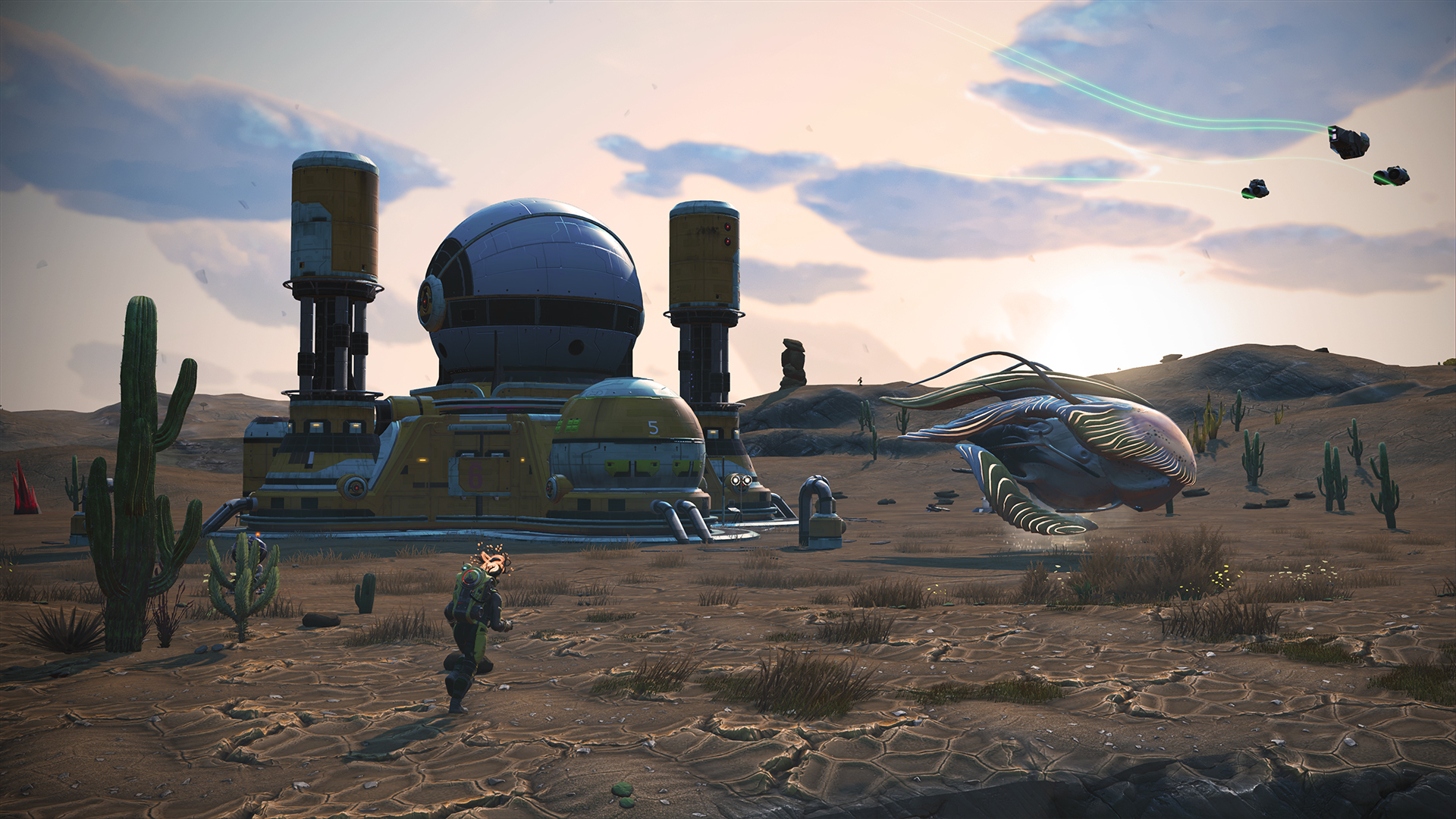 As much attention has been given to the interior of the ships as the exterior. Living ships house you within strange, organic cockpits, requiring players to fly their ship by grasping vein-covered tendrils. It looks and feels suitably unsettling to fly in VR! 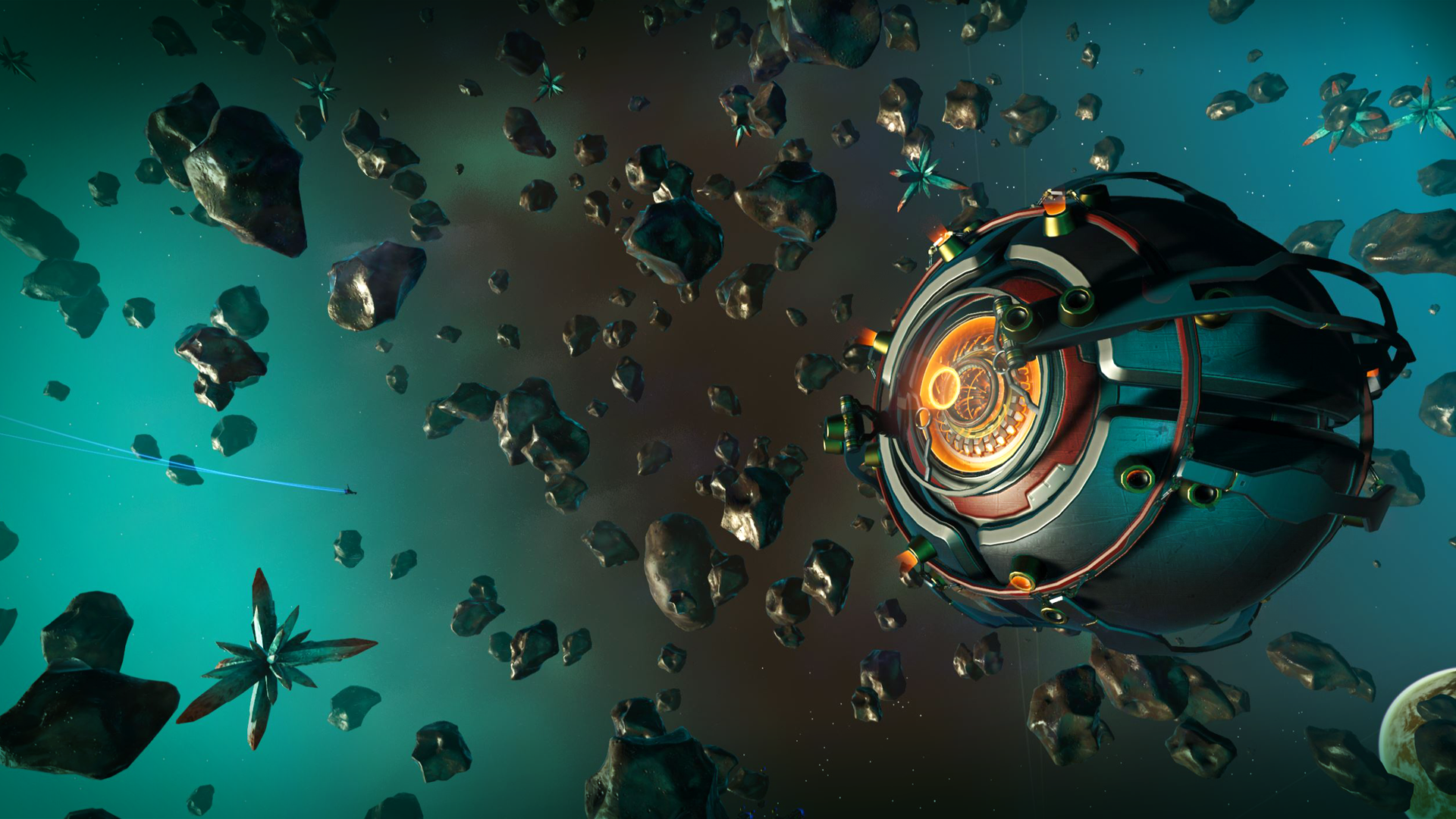 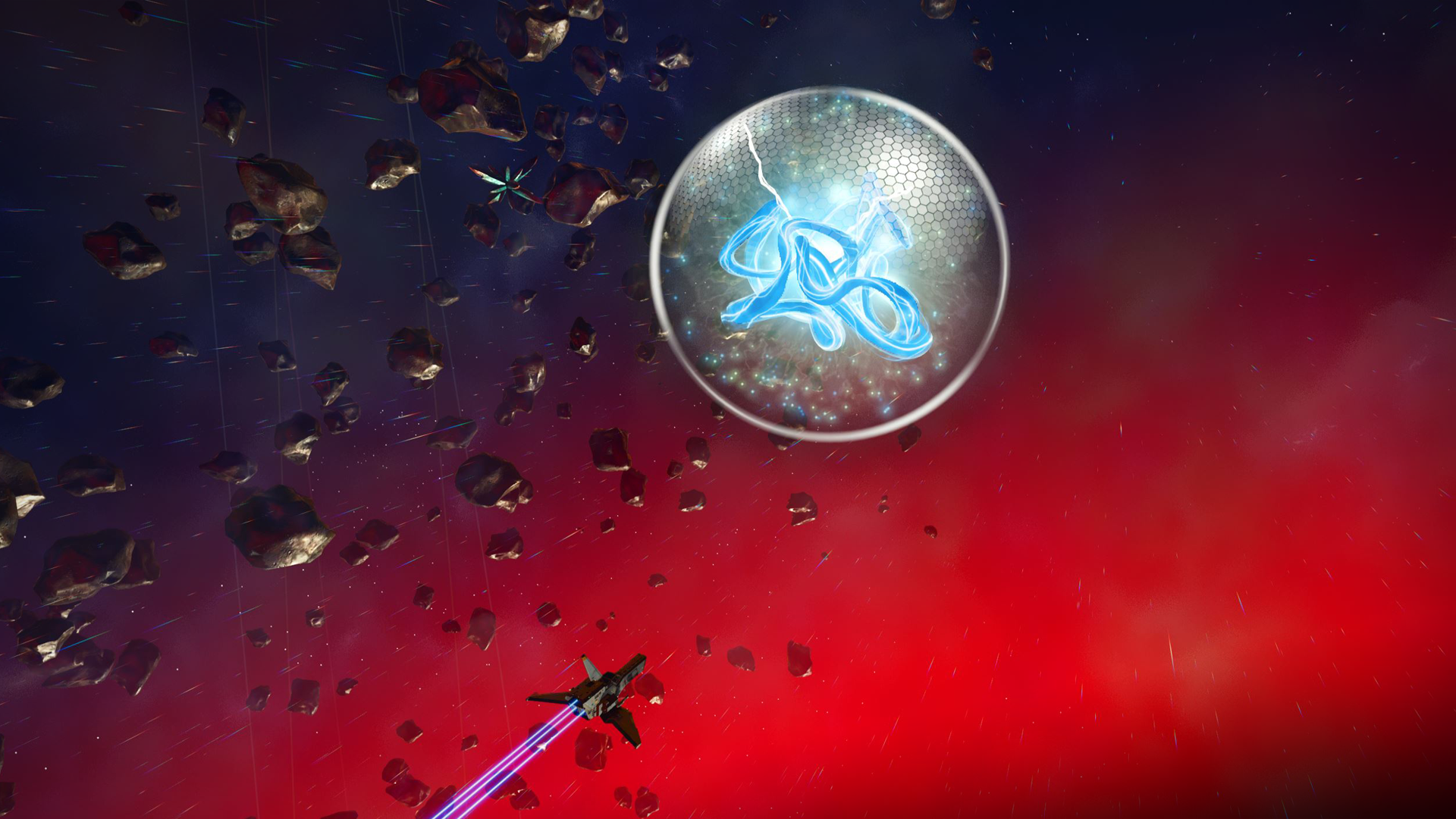 You might have noticed that since Beyond launched we've been experimenting with something new. We have been releasing regular feature updates every month or so, along with community missions and new content every week.

In previous years we have focused the team around one large update. We've been really proud of the work we did on these huge updates like NEXT[www.nomanssky.com] or Beyond, but something always bothered us... there was normally 8 months or more where we were silent, and the community was left wondering if we would ever update the game again! Meanwhile there were smaller features that were ready earlier, but had to wait until all the other work they were wrapped up in was complete.

Whilst we continue to work on more radical things longer term in the background, in the meantime we are experimenting with releasing content we know the community would enjoy as soon as we’re able.

We are enjoying these more regular updates, and the community seems to appreciate them too. This January had more players on all platforms than any previous year, and the average player enjoys longer and more varied sessions across the board. Hopefully folks will be excited about the surprise of the Living Ship update too.

We hope players enjoy this new update, hopefully the first of many in 2020. 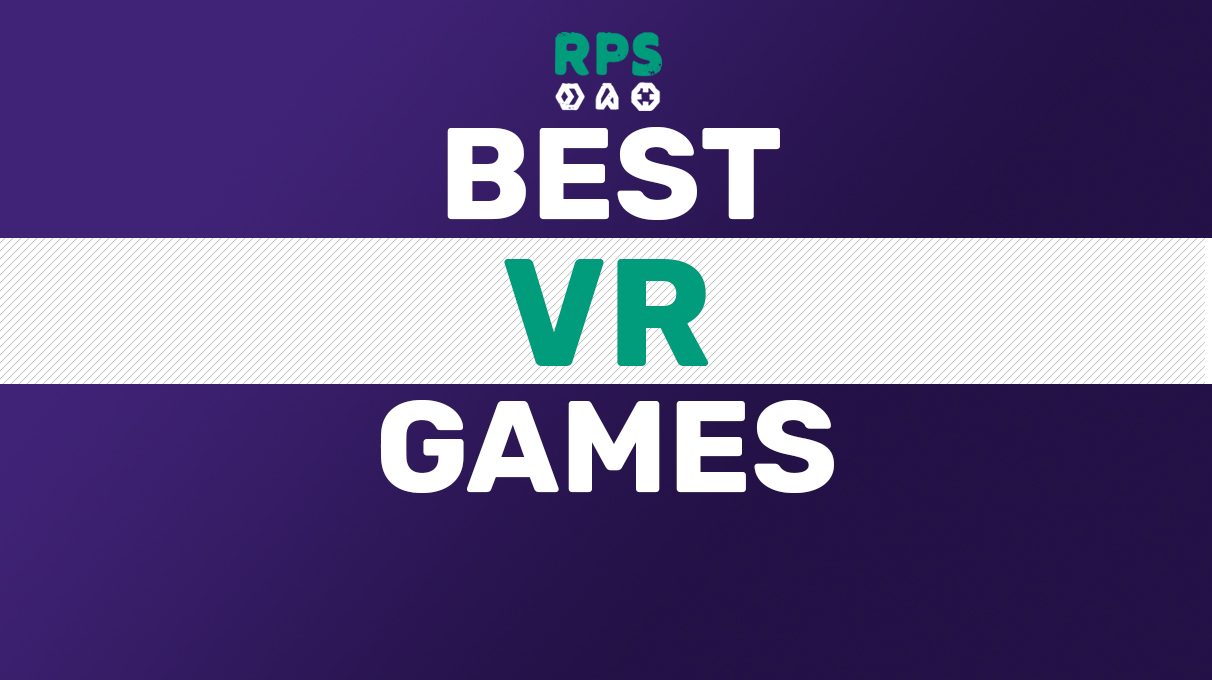 Virtual reality has had a bit of boom since the release of Half-Life: Alyx last month, so we’ve updated our list of best VR games to help reflect that. Indeed, whereas VR games used to be a wasteland of mini-games and glorified scenery wallpapers, there are now more great games than you’ll ever have time to play. To help you sort through the good from the bad, have a read our best VR games list below. 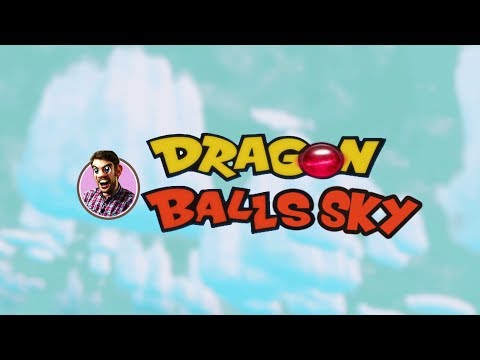 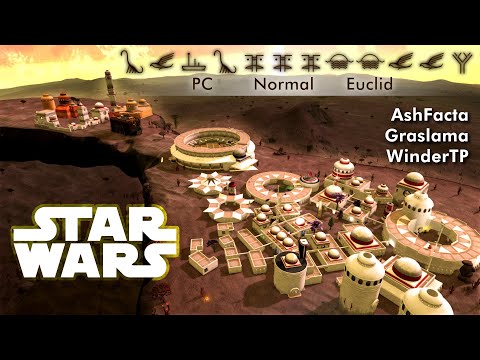 Recommended
109.0 hrs on record
No Man's Sky has changed dramatically over the years.
It first started out as a big empty promise, which I'm sure no one will forget. It later slowly turned into much more than what they originally claimed.
The potential of this game is astounding, having many kinds of missions for you to complete, including weekend challenges you can complete with strangers from around the world. There is just so much to do and it provides for a never-ending experience that you just have to see for yourself.
The scale of this game is really eye-opening, making you feel so insignificant as just being a Traveller. There are countless amounts of galaxies, planets, stars, space stations, etc. that really makes you feel as if you have the entire universe at the click of a button, but also there's just so much to explore and uncover throughout your gameplay. Just looking through the galaxy map alone had me left with a feeling no other game could have accomplished. It's almost like a representation of our own universe, just on a smaller-seeming scale.
I've always been into space and what it has to offer, and this game amplifies that. You can practically do whatever you want, especially when you start up a game in creative mode. Regardless, this game is surprisingly short on bugs, which makes your entire gameplay experience seamless throughout your time enjoying the universe.
I definitely recommend you buying this game, especially if you're on the fence. Go explore the universe from the comfort of your home! 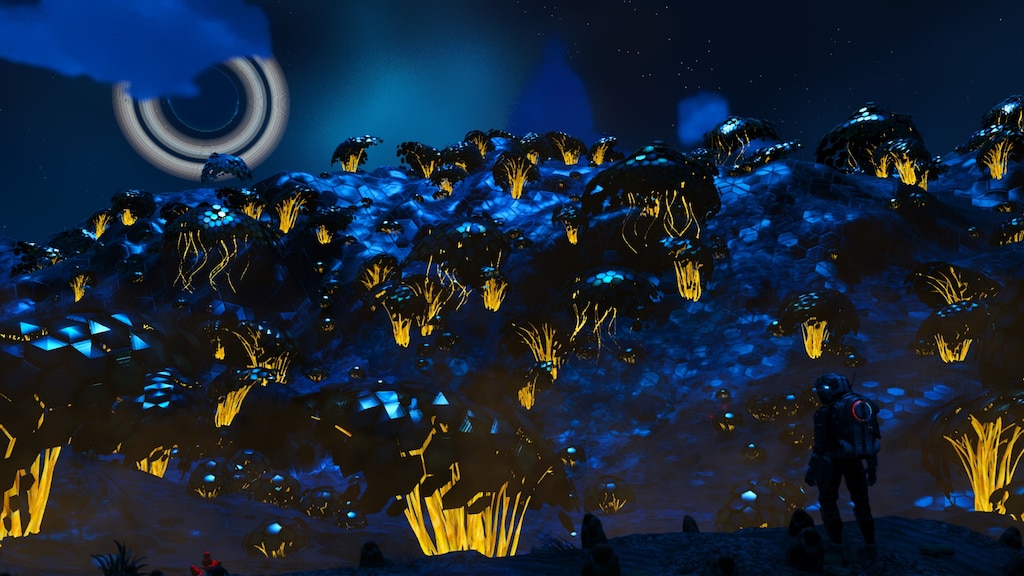 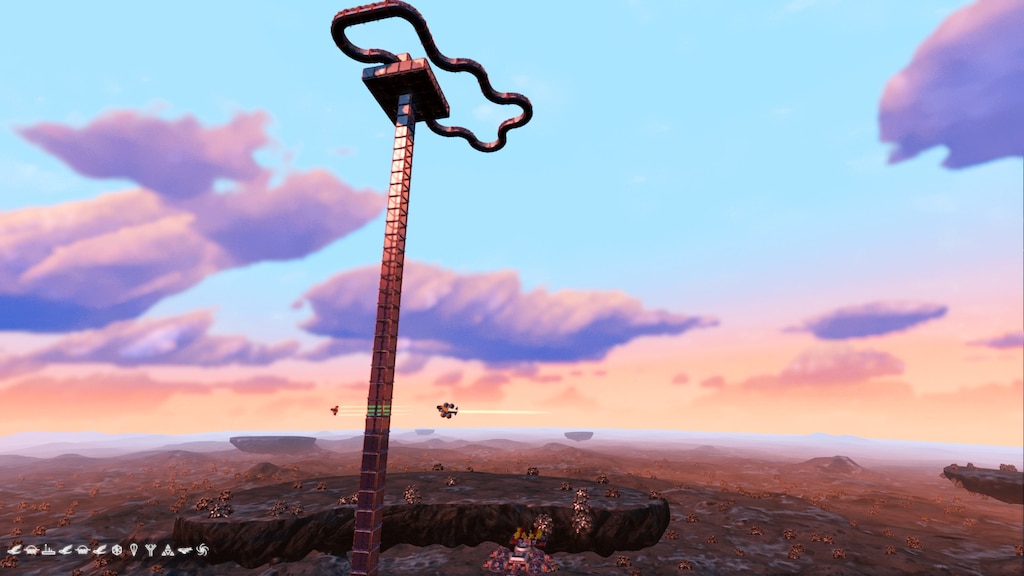 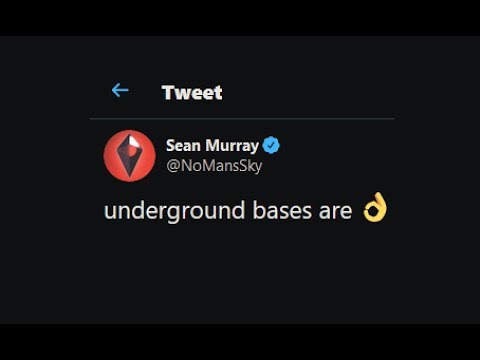 9
38
No Man's Sky : Sean Murray laughs at my base as terrain regrows 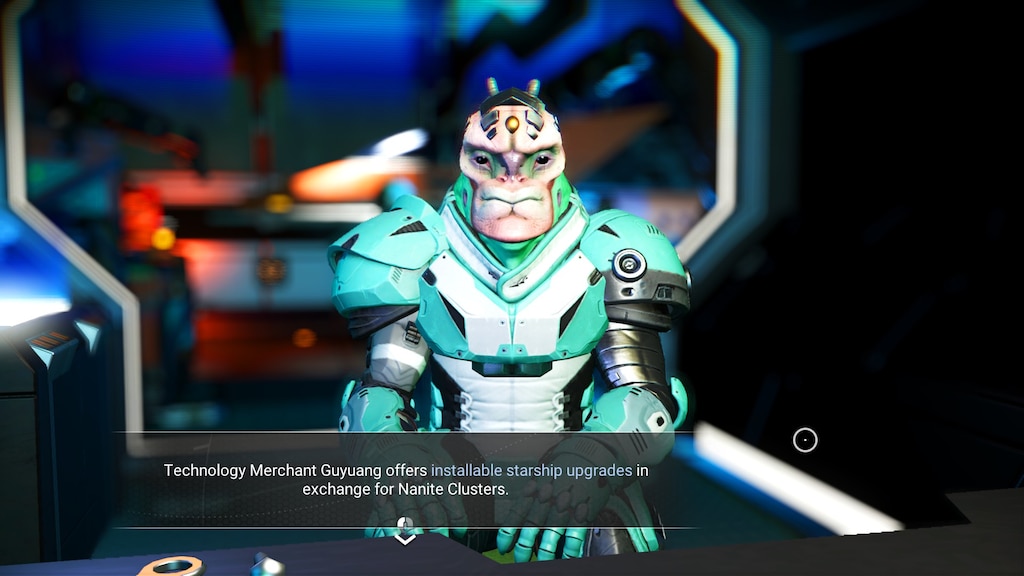 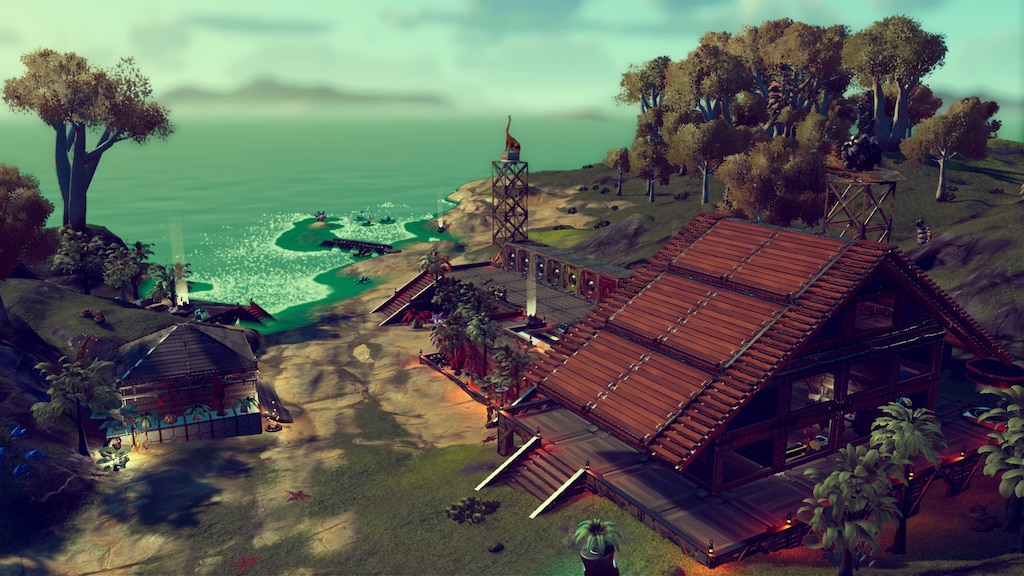 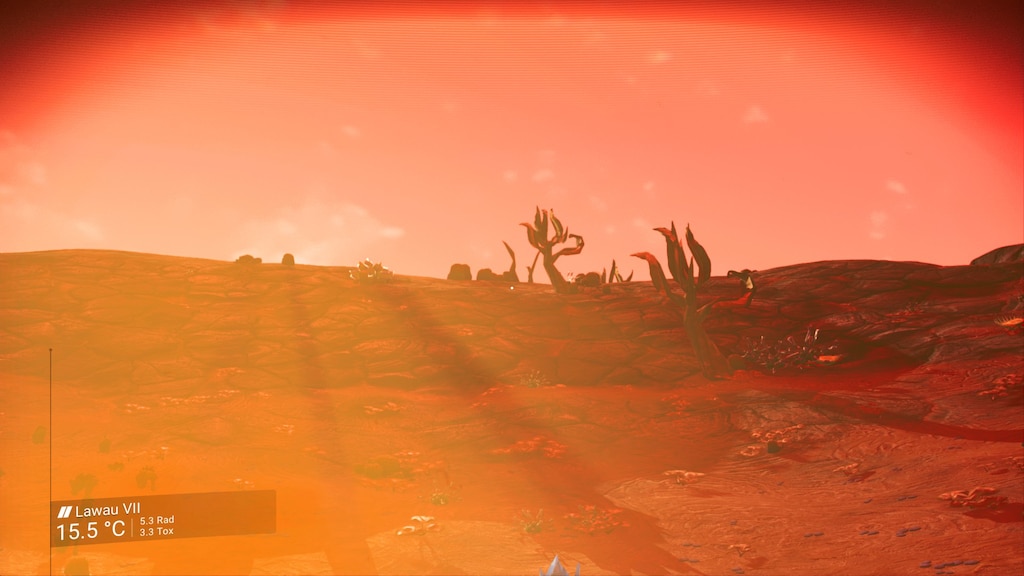 2
Ban
24
The greatest healing therapy is friendship and love.

Recommended
193.9 hrs on record
The game keeps getting better and better with each update.

Almost every negative review was from its release. I think its time everyone did a re-review. As the game is fantastic now. 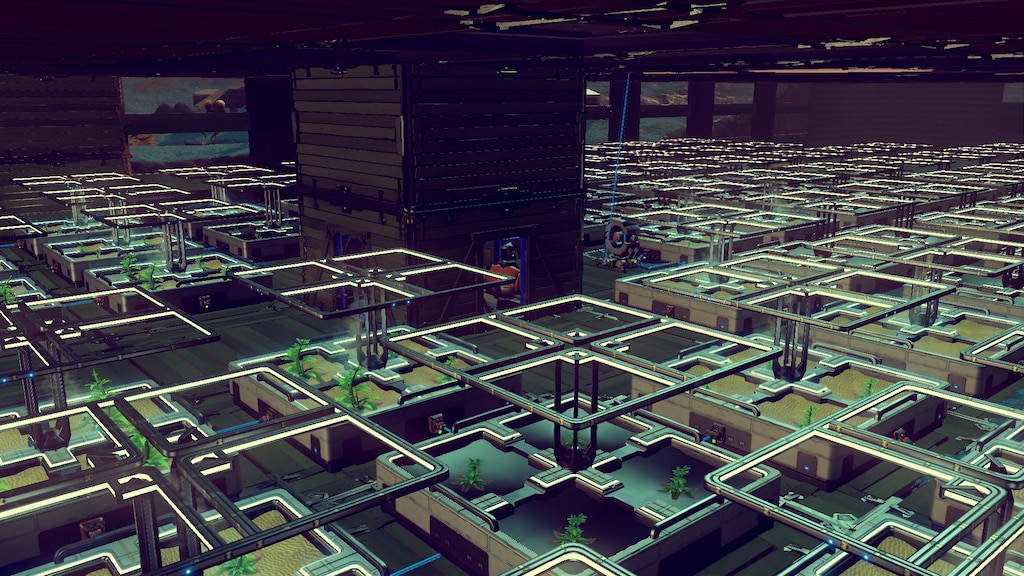 Recommended
4.0 hrs on record
After hours of playing the original version on Playstation, which I had pre-ordered years before release, I finally bought the game on PC and am pleasantly surprised with what they've done with it. It is much closer to what they promised now than it has ever been. Great job! 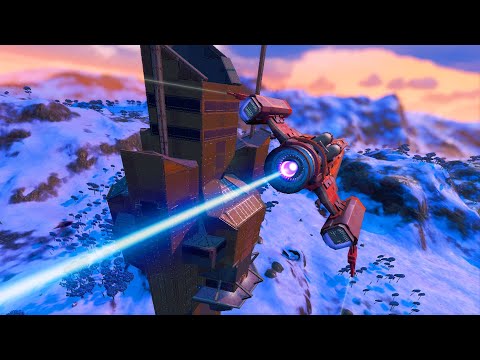 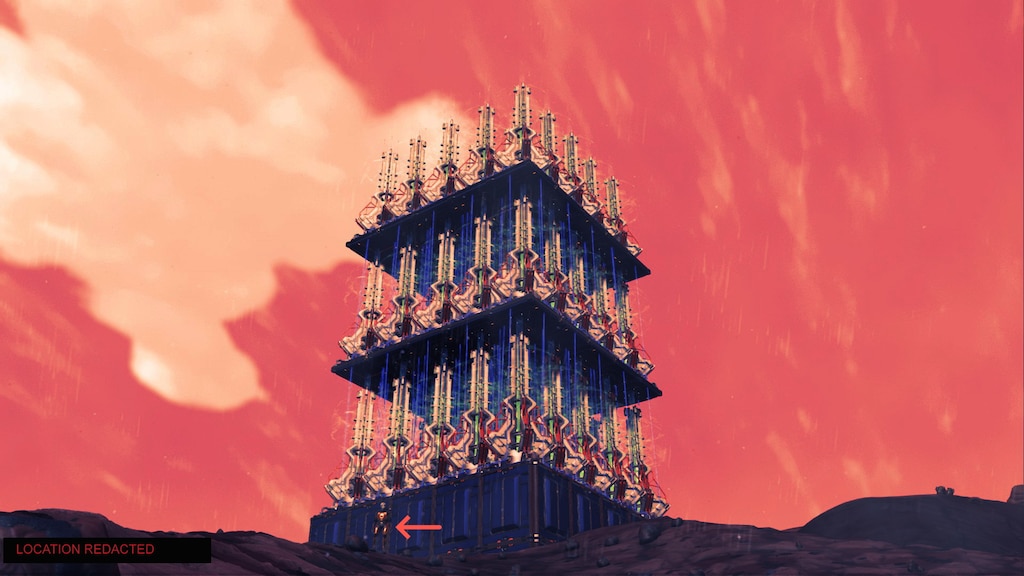 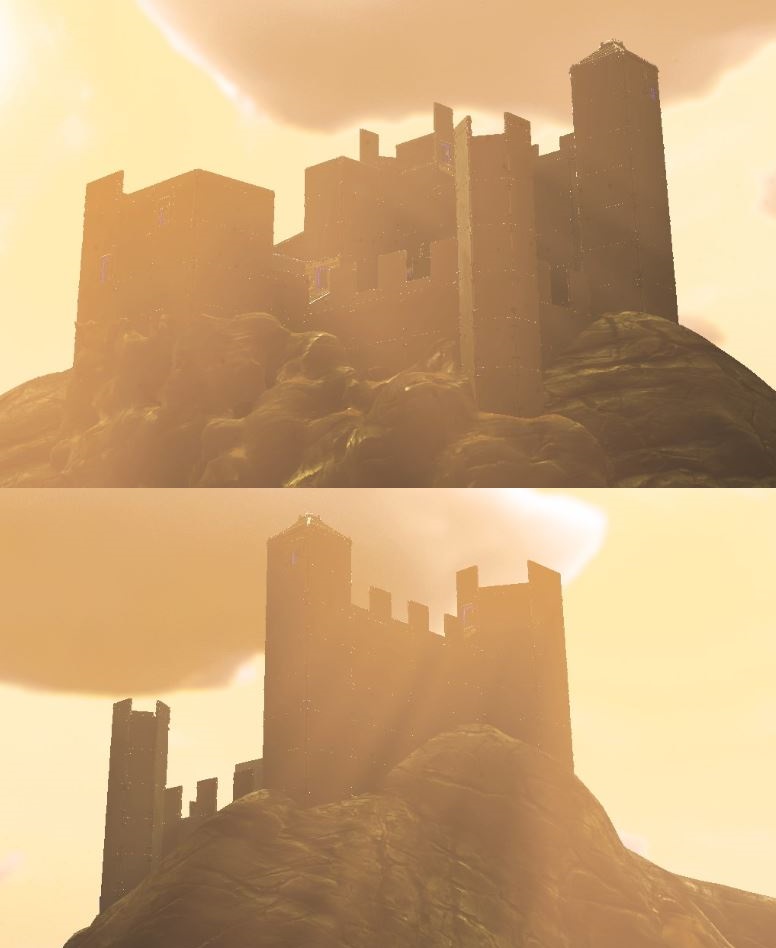 Stasis Device Factory Setup (easily multiply it to make more)
In this guide I have dotted down "the basics of everything you need" before you start building the farm setup. 1 Stack 5 stasis device setup (around 78 mil) easily multiply this as you go to make more. Straight to the point.
0

VirtualRageMaster
View videos
What we lost from the old No Man Sky
I was checking screenshots from the old game (2016), and NMS certainly has changed, most things for the best, but I couldn´t avoid noticing that we have lost some good things on the road. I´ll start naming some: 1) The feeling of loneliness, is almost ...
22

conejeitor
1 hour ago
General Discussion
Galactic Map crashes in a toxic area of Euclid Galaxy
Some background: I'm playing my original save game from 2016, making bases as I go. I recently hit the limit on base parts and had to trim some really old bases to make room for more bases. Two systems later, I have started to get crashes to desktop if I ...
2

odmonkg
16 minutes ago
General Discussion
What did you name your living ship?
I named my ship Jeff.
35

Sherf Derputy
6 hours ago
General Discussion
Is anyone else finding extremely weird planets as of late?
I was out visiting random worlds for ♥♥♥♥♥ and giggles when I came across a glitch planet. I went to visit it, popped down an exocraft summoning station as usual. I found a Boundary Failure and interacted with it (it mentioned something about the Atlas lo...
11